Braun Series 9 is currently the latest series from Braun and also Braun claimed that it is the Best Electric Shaver they have ever produced. The best shaver in this series is 9095CC which have all of the features you required from your shaver. Braun series 9 is an upgrade of the previous successful Braun series 7. It is designed to provide the closest shaving experience with the comfort you desire. Braun called it “The World’s best shaver in efficiency and skin comfort”.

The design of the series 9 is very classy and attractive. The grip of the shaver is designed amazingly that it can fit in even small hands and big hands easily. It is easy to hold and have the latest Braun head Technology known as SyncroSonic.

Braun series 9 is so far the best series out there yet in performance and quality. Also, when it is the best, it is going to be expensive. So before continue reading make sure your budget is high enough. This review will help you make a decision of which one is best for you. 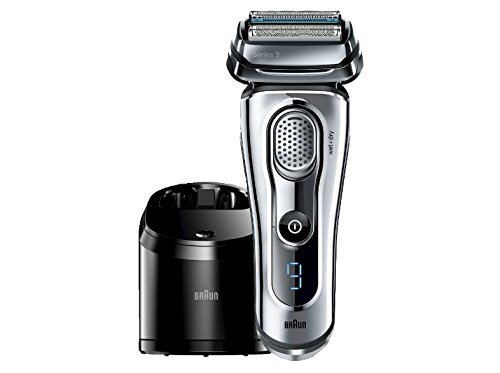 We had 2 OptiFoils and a single ActiveLift in the Braun series 7, but the things have been changed. I don’t think after trying the Braun series 9, you would ever want to go back to the manual Razors. The technology Braun used to create the head of this shaver is known as SyncroSonic Technology. Let me explain that how this head gives you the close and efficient shave with the best skin comfort.

Features that are introduced in the Braun Series 9

It also has the world’s fastest Linear motor just like the Panasonic Arc 4 or 5. That motor helps the razors in the shaver to move faster, and the SyncroSonic technology produce vibrations which straight the hairs and so the OptiFoils and Direct Cut catch those hairs and cut them. That’s how this shaver works and provide you the best close shave with the comfortability you desire.

Comparing the variants of the Series 9

Now let’s compare the different variants Braun has released so far in their latest series 9. 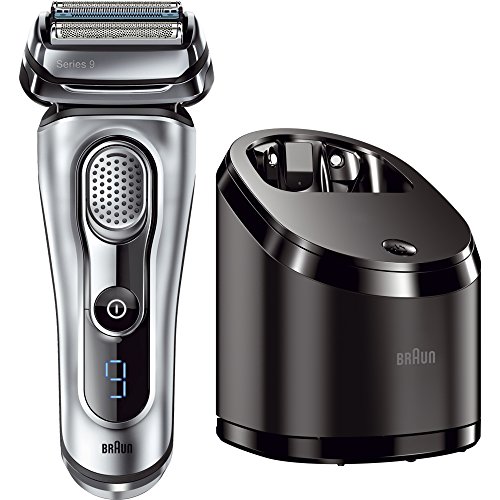 There is a big difference in Braun series 7 and Braun series 9. The Braun series 7 comes with ActiveLift and Pulsonic Technology which is very useful to capture more hair especially if you have a thick beard. But this series 9 have faster Linear motor which is very effective for close shaving. The lack of 40,000 micro vibrations in the Series 7 is another disadvantage of Braun series 7. Anyways the Braun series 7 can only be beaten up by the Braun Series 9 only. No other company is better than Braun, so it was already known that only the Braun have the ability to beat their own shavers. Series 9 have also an additional Trimmer in their head called “Direct&Cut” which helps to align the hairs which grows in different directions and cut them.

Final Thoughts about this Series

No doubt that Braun is the master in it’s close shaving, efficiency, and skin comfort. My personal favorite model in the Braun Series 9 is 9095CC. You can either go for 9090CC if you are not a fond of wet shaving. It is the most expensive one, but that’s the only model which have all of the latest features including Wet&Dry Technology. Well, if your budget is not that much and you want to buy any other model from this series than I would recommend you to not to do so. Go for any other Braun Electric Shaver or Panasonic Arc 4 instead.