Three’s a crowd? We don’t think so! Three is the magic number, in fact, especially when it comes to playing board games. Some board games are okay with 2 people, but when you add a third it just elevates the game to a whole new level. Personally, I always end up in friendship groups of 3 but we never know which games are good for 3 people.

Whatever type of game you’re looking for, we’ve tried to feature a good range, all of which will bring your games night to a whole new level. Happy gaming!

Review of The Best 3 Player Board Games 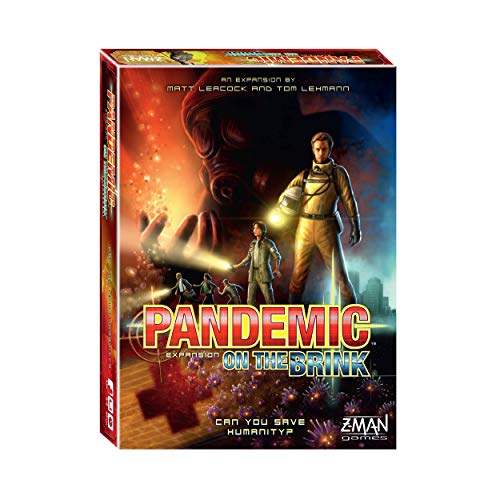 The stakes couldn’t be higher in Pandemic and that is felt during gameplay, giving the game an added sense of urgency and importance. In Pandemic, you assume the role of a specialist such as a medic, researcher or dispatcher and you and your friends work together to prevent a global pandemic.

Four diseases are spreading rapidly across the globe and you need to work together to contain the outbreak in certain cities and stop it spreading and becoming a pandemic. You can use your tune to build research centers, treat the disease in a certain area or try and figure out a cure.

It’s fun to play a cooperative game with your friends. Rather than it being every man for themselves, it’s every man for humanity and if you succeed, you succeed together. Of course, this means if you lose, you lose together but let’s not think about that! Games Radar and Nonstop Table Top review Pandemic in more detail if you want to get into the nitty-gritty.

Dobble is SUCH a simple game but SO much fun. There’s 55 cards in the pack and each has 8 pictures on it. The original has no particular theme and the pictures include a ghost, flower, car, dog, fire, target, turtle and candle. So, yeah, no particular theme going on there.

It’s kind of like snap, so between any two cards in the deck, there will only be one matching picture. Trust me, sometimes you’ll be absolutely adamant there isn’t anything that matches on your card after staring at it for an eternity, but there is!

There are a few different games you can play with Dobble including The Well, The Towering Inferno, Hot Potato, The Poisoned Gift and Gotta Catch Them All. All the games require you to find the matching picture between two cards; some involve collecting the most cards and others are about discarding them. Dobble works super well with three people because it’s not too many players, so that you can’t sit around the deck pile comfortably, but it’s enough that it adds another level of competition to it.

One thing I love about Dobble is that it’s small and can be taken anywhere with you, but maybe the thing I love the most is that it can be played in different languages. I played it while I was traveling and some people who couldn’t speak English joined in and just shouted the words in their own language. Of course, there’s a level of trust to this but honestly, when you’re in the heat of the Dobble moment it’s hard to lie! Dobble really is a universal game!

7 Wonders is set in an Ancient World and you and your opponents are all leaders of one of the great cities. It’s a card development game where you try to develop commercial routes, build your city, gather resources, and increase your military supremacy. Throughout the game, you’re trying to collect Victory Points and whoever has the most after 3 ages (rounds), wins.

One of the interesting things about 7 Wonders is the way you play your cards. In each round, you all play a card simultaneously, but then you pass your hand along to the person next to you. This makes for a very interesting game because you know what cards the next player has to choose from. It also makes it more complicated to choose which card to play because sometimes you’re torn between choosing a card that will help you and a card that you don’t want the player next to you to get.

Board Game Quest goes into some more detail about the different cards you can play and how the player interaction comes into it. All in all, 7 Wonders is an awesome game for 3 players with a lot of strategies and a different style of play. It’s also pretty nice that each game doesn’t last for hours. It can be brought out at any point in the night and a heated, competitive 30 minutes later you’re done!

Forbidden Island is a beautifully crafted cooperative board game. To set up, stunning tiles are placed together to form the “island”. Now I don’t normally talk that much about the components of a game, but it’s hard to ignore how impressive they are in Forbidden Island. They’ve gone into so much detail with the pieces and the cards and it really does help your imagination get into the gameplay.

As it’s a co-op game, you and your team will be working together to save the Forbidden Island. You move your pawns around the island, collecting items and strategizing together on how you can save the island from sinking, all the while the water is rising and time is running out. Sound stressful? It is! That’s what makes it so fun and is one of the reasons it has thousands of positive reviews.

For 3 people wanting to play something fairly simple but with all the excitement and adrenaline of a real-life adventure, Forbidden Island is for you. 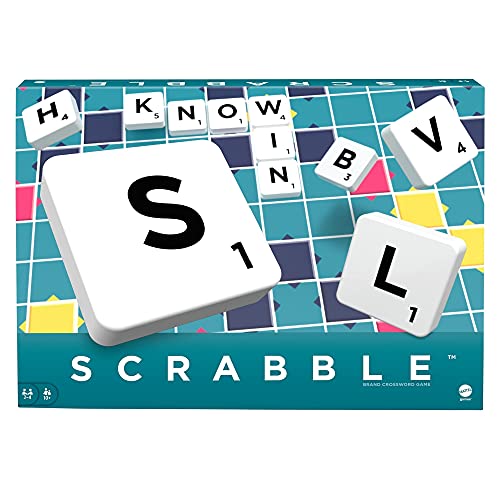 Who doesn’t love a classic board game? Scrabble is one of the originals and there’s a reason the game has lasted so long and is still so popular today. For anyone that has been living under a rock and doesn’t know, Scrabble is a board game based on creating words. All the players have 7 tiles that they use to create words.

Whoever goes first creates a whole word from their tiles and from then on each word has to include a letter on the board already. Each tile has a numerical value which is how many points you get, so after each turn you add up and record the points for each player. The board has some special tiles like “double letter” or “triple word” which help boost your score even more.

This game is for 2-4 players but really, 3 players is the sweet spot. With 4 players the game can drag on a bit too long and with only 2 it’s not as competitive and there’s only one new word on the board to work with each round. If you’re looking for a classic to bust out with your trio, Scrabble is the way to go.

My conclusion from all of this is that three-player board games are amazing and there is something special about three players that works really well for a lot of games. Hopefully, you’ve seen a board game that catches your attention and you and two mates will be well on your way to the ultimate game night.